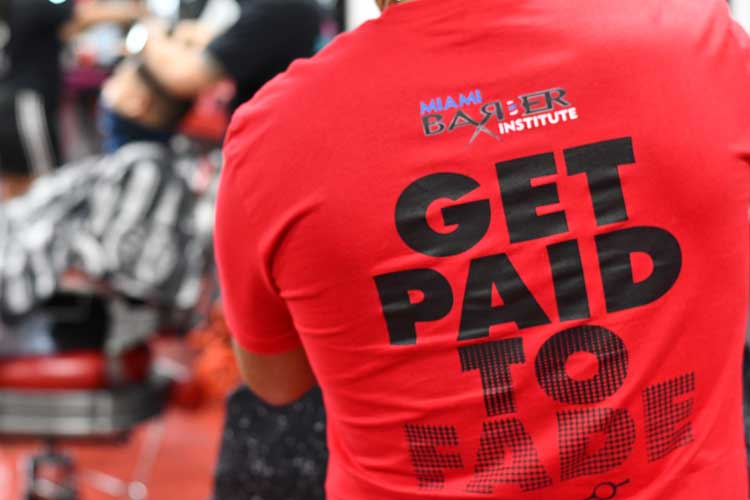 Just because you have a felony doesn’t mean you can’t get a job. Here’s what it takes to get a barber license with a felony conviction in Florida.

Typically, if you have a felony, it can be very hard to find a job that will hire you, let alone keep you. People go to jail as a punishment and to do better when they get out, but when a lot of places don’t and won’t hire felons, it can be hard to prove that you’ve become a model citizen.  There are also places that will hire you even if you say you’re a felon, then once your criminal history comes back, fire you due to what they find. It’s already hard to adapt once you’re out of jail, but the conviction that people face in the courtroom is sometimes nothing compared to the conviction they will experience from places of employment.

There are felons in every state, no matter where you go. Therefore, providing felons with jobs once they have served their time is an ongoing issue in many places. It’s also one that a lot of states choose to ignore, with it being a less significant issue to them than perhaps road construction, schools, etc. However, in 2018, Florida realized just how much of a problem it is and decided to do something about it.

This is where bill CS/SB 1114 comes in that officially went into effect as of July 1st, 2018, which changes the way that they look at the criminal history for their applicants in fields of study regarding barber school, cosmetology, and some construction contracting licenses. This opens up the career opportunities for felons in the future or once they have served their sentence of being incarcerated or under supervision.

How to Become a Barber

Just like many other careers, becoming a barber requires obtaining a barber’s license through lots of training and experience. If you are wanting to become a barber in Florida, there are a few things that are required to obtain your license:

Once these things have been done and your application has been submitted, you then have to wait for a response to see whether your application gets approved or denied. Keep in mind that they do usually run background checks for these kinds of jobs, and bill CS/SB 1114 has changed the way barber’s license applicants and their criminal history are looked at when doing so.

Florida is one of the few states trying to make a change when it comes to offering felons a new start. They served their time, let them get out, and give them the chance to make things right. Here is how bill CS/SB 1114 in Florida does that:

This allows people with felony charges more career opportunities and is a step in the right direction to provide them with chances for change.

Barber’s License in Florida with a Felony

Florida is a lucky state when it comes to the career opportunities of felons, especially since the passing of bill CS/SB 1114 on July 1st, 2018. Felons now have more rights to defend themselves and their opportunity for a career as a barber, cosmetologist, contractors of some variety, and certified nursing assistance. They also have the ability to jump into this type of career 5-7 years after they’ve served their time if their charge prevents them from doing so when they get out.

Just like everyone else, they still have to complete at least 600 hours of training at a Florida barbering school, then qualify for the exam, or complete another 300 hours of training at a Florida barber school. They will also still have to have a school official sign off on their completion and pay the application fee, then fill out the application and submit it. That’s when the licensing agency has the ability to review the applicant’s criminal history and make the decision of whether or not the charge prevents them from being accepted. The applicant can also communicate via telecommunications while incarcerated or under supervision to defend why their charge shouldn’t prevent them from being accepted for the license for which they are applying.